It is the second most commonly occurring cancer in the world. 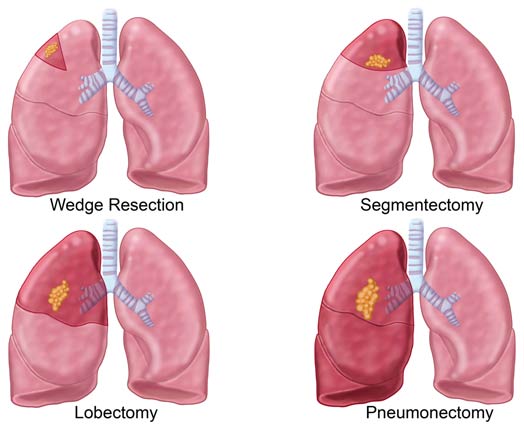 The symptoms of lung cancer may include

Diagnosis starts with general physical examination of the patient followed by the following diagnostic tests:

Laparoscopy is now used to remove nodules and tumors of the lung cancer. In cases of confirmed cancer, the surgeon performs one of the following procedures using Video Assisted Thoracic Surgery (VATS) or robot-assisted techniques: