Achalasia cardia is very uncommon disorder which will cause patient very difficulty in swallowing food & drink. It doesnt simply fall by the food-pipe into the stomach. In achalasia cardia, two main problems were seen very commonly, first is inability of pumping action of the wall of food-pipe, second also loss of the ability of valve to relax in response to the approach of food; resulting in the ingested food & drink get collected in food-pipe and shows the symptoms of the blockage behind breastbone. The main cause of the achalasia is degeneration of nerve cells in esophagus (the food pipe) for which the exact reason is still not known. 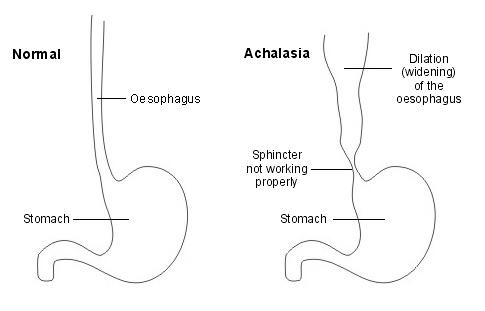